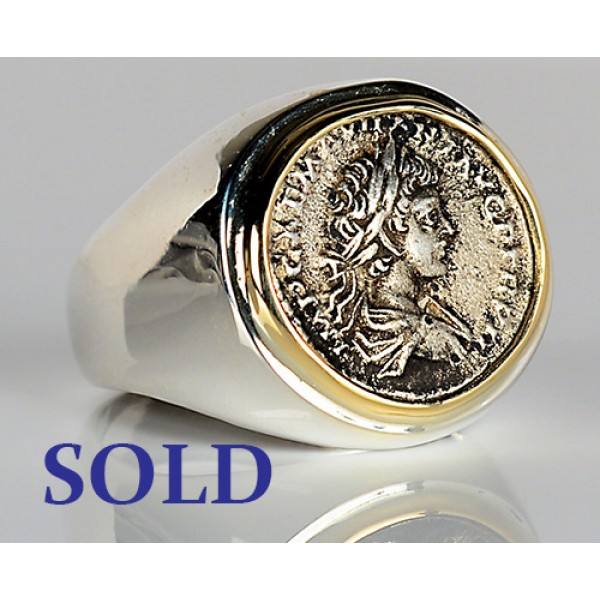 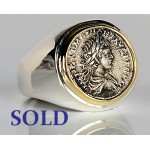 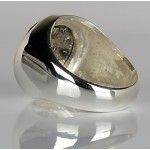 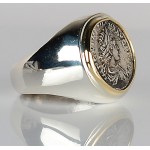 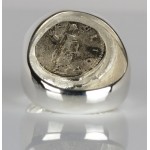 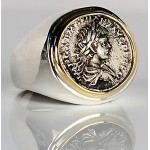 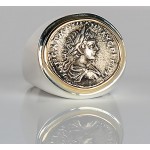 This beautiful ancient Roman silver denarius coin is well centered and comes with a certificate of authenticity.

The bezel around the coin is solid 14kt gold and the ring shank is sterling silver.

A wonderful opportunity to own this beautiful authentic Roman coin ring set in 14kt gold & sterling silver. This piece would make a fabulous gift!

Caracalla was the son of Roman emperor Septimius Severus and Julia Domna. Caracala was given the title of Caesar at age 8 and Augustus at age 10. After the death of his father in A.D. 211, Caracalla ruled jointly with his brother Geta, as Severus had arranged. However, in A.D. 212, Geta was assassinated by orders of his brother to consolidate his position as sole ruler. Caracalla gave all free inhabitants of the Empire the name and privileges of Roman citizens. His reign was noted for its extravagances and cruelty, and Caracalla was assassinated in A.D. 217.